From Project Arrhythmia Wiki
Jump to navigation Jump to search 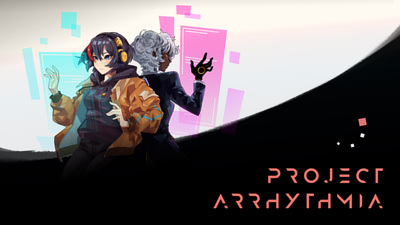 Project Arrhythmia is a bullet-hell music game developed by Lily Craver and published by Top Hat Studios. It was released in Early Access on Steam for $11.99 (or 9.99€ in Europe) on June 14, 2019. The game has been in development for over 8 years, and still remains in development today.

The game's planned story mode, set in 205X, centers on a mysterious disease called the “Tokyo Flu” has been ravaging the world. A lone computer programmer, Anna Schroeder, attempts to find the cure with her trusty supercomputer-companion HAL. Stumbling upon various different “Projects”, the duo decide to investigate the efficacy of a cure through the usage of a pulse and rhythm based interface.[2]

For a full list of the game’s updates, see Project Arrhythmia/Changelog.

Main article: Nano
Gameplay of Project Arrhythmia centers around playing as a Nanobot that must be maneuvered through various obstacles that are all timed to music. While the game has yet to receive its official Story Mode due to being in Early Access, it features a level editor that allows people to create their own and upload them to the game's Steam Workshop for others to play.

Retrieved from "https://projectarrhythmia.wiki.gg/wiki/Project_Arrhythmia?oldid=10740"
Cookies help us deliver our services. By using our services, you agree to our use of cookies.